Why Didn't Reagan Merge the Aircraft Carrier and Battleship? 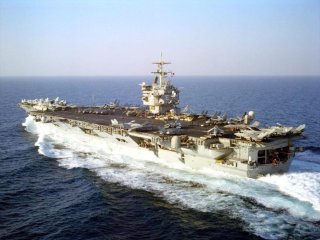 Here's What You Need to Remember: It would have been an expensive, and not necessarily effective, endeavor. (Although it would have looked pretty cool).

This first appeared in September 2015 and is being reposted due to reader interest.