Why Do the Rich Get Away With Ultra-Low Tax Bills? 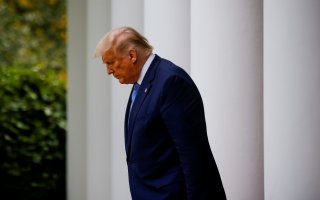 People tend to have one of two reactions to the revelation that President Donald Trump has paid little to no taxes in recent years: He’s either an amoral tax cheat or he’s smart.

To me, it reveals just how much is wrong with the U.S. tax code, which Congress treats as a sort of policy Swiss Army knife to deal with innumerable desired social and economic policy goals, from homeownership to protecting the Maine blueberry industry.

I teach a course on “the politics of taxes,” in which we examine how politics shapes tax policy in the United States and other countries – as well as how taxation affects politics. My students are consistently struck by the extent to which Congress uses taxes as its default go-to policy lever.

It wasn’t supposed to be this way.

The tax code takes over

In principle, the main function of taxation is to fund the government. But in practice, Congress also uses it to tackle challenges in virtually every policy area, from promoting conservation and charitable giving to encouraging entrepreneurship and ensuring steady business revenue.

All of these policies, however sound they made be individually, make the income tax system more complicated for ordinary taxpayers and creates a vast array of means by which some wealthy people can reduce their tax payments to levels that feel unfair to many voters. They also, ultimately, aren’t a very good way to reach achieve the policy’s explicit goals.

This convoluted system was thus not created in a big bang of malfeasance or ineptitude but mostly through piecemeal changes that increasingly complicated the tax code. Legislative reforms meant to simplify the tax code, such as those passed in 1986 and 2017, have accomplished little.

“The result of this process is a set of very complex provisions that appear to have no overall logic if the tax law were being designed from scratch,” as the nonpartisan Tax Policy Center put it.

This complexity has a range of negative impacts.

For example, estimates vary but most suggest taxpayers likely pay well over US$100 billion a year in time and money filing their taxes each year – known as tax compliance. The 2017 Tax Cuts and Jobs Act does not appear to have reduced compliance costs despite its emphasis on simplifying the 1040 tax form.

And it’s a lot worse than in other rich countries.

The average American spends about 13 hours filing their taxes each year, according to the Joint Committee on Taxation, compared with under an hour in the Netherlands, Japan and Estonia. In Sweden, the government fills in the tax forms automatically, and citizens can simply view and approve them – or make changes – on their cellphone.

Another result is that social welfare programs in the U.S. can be needlessly complicated.

For example, Canada provides its citizens with cheap child care simply by subsidizing it so that it costs $6 a day. Instead of offering subsidies, the U.S. supports lower- and middle-income parents mainly through the tax code with credits like the earned income tax credit and the child tax credit. But both are very complicated, poorly understood and often do not reach those who need it.

Complexity also means that the tax code is littered with opportunities for wealthier taxpayers like Trump to reduce their tax bill quite substantially. The perception that there are loopholes that only the rich can use leads many taxpayers to view the system as unfair.

Three of the strategies The Times reported that Trump has used to avoid taxes demonstrate this quite well.

In 2006, lawmakers wanted to promote conservation while helping farmers and ranchers, so they expanded conservation easements, in which property holders agree to not develop land in exchange for a tax deduction. Trump used this frequently abused provision to claim a $21.1 million deduction in 2015 for not developing land near his Seven Springs estate that his family wanted to use as a private retreat anyway.

Another example is how U.S. tax policy allows individuals to walk away from an investment and, if they receive nothing, declare any losses that haven’t yet been taken on their current tax return, reducing income by that amount. The policy aim here is to encourage entrepreneurship by not making business failure too onerous.

Trump used this abandonment rule in 2009 to declare more than $700 million in losses when he walked away from his Atlantic City casinos. Yet it appears he got something in exchange for walking way – stock in a new company – which means he may have technically violated the rules of that tax break.

And in 2009, Congress wanted to help businesses recover from the financial crisis so it made it easier to use the large losses that many companies were experiencing to offset income earned in prior years, which resulted in refunds for taxes already paid. This allowed Trump to claim a refund of $56.9 million he had paid in taxes in 2005 and 2006.

The government has ways other than tax code to implement a policy with a social or economic aim, such as via regulations or spending on a new or existing government program. Lawmakers have often preferred to use the tax code because it can seem easier and avoids the political costs associated with higher taxes.

Ultimately, however, research shows using tax code is not the best way to achieve a policy’s ends.