Why Does America Have a Coin Shortage? 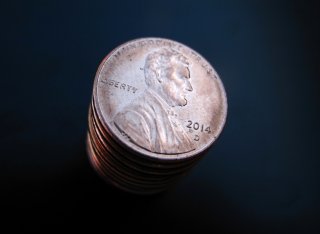 “If you put the federal government in charge of the Sahara Desert,” the economist Milton Friedman once quipped, “in five years there’d be a shortage of sand.” The U.S. Mint, to its credit, had a much longer run.

The Federal Reserve, which purchases coins from the Mint and distributes them to depository institutions, announced it would begin rationing coins “based on historical order volume by coin denomination” last month as its coin inventory had been “reduced to below normal levels.” The Fed also called on the Mint to increase the supply. Until the shortage is resolved, however, retailers unable to acquire enough coins from banks are left requesting customers pay with a card or use exact change.

No doubt many find the idea of a coin shortage perplexing. Coins are not consumed; they get passed along from one person to another. In the US, the average coin circulates for around 30 years. How, then, can there suddenly be a shortage of coins? Where have they all gone?

Each year, some coins are lost, discarded, or worn beyond use. They get thrown in a well with a wish; or, dropped down a drain by mistake. To offset the outflow, and keep up with secular growth in demand, the Mint must produce new coins. It issued nearly 12 billion circulating coins in 2019.

So far, the Mint has not matched its 2019 pace. The global pandemic slowed production at the Denver and Philadelphia branches in March and April. By the beginning of May, the cumulative mintage—that is, the total number of circulating coins produced for the year—was just 4.02 billion, compared with 5.07 billion over the same period in 2019. Both facilities have been operating at full capacity since June 15, though, so that the gap has since fallen to less than 0.06 billion.

But the temporary shortfall in production is only a small part of the problem. A much bigger issue has been the limited extent to which coins have been circulating.

Coins have a much higher weight‐​to‐​value ratio than cash, which makes them relatively cumbersome to use. Cash goes into wallets, ready to make the next transaction. Coins go into piggy banks, to be deposited or exchanged for cash only occasionally.

Usually, the vast stockpile of coins held by the public is of little consequence because it represents a roughly steady share of the total coin supply. Sure, paper currency circulates more quickly. But peoples’ depositing or exchanging coins when their piggy banks get full also results in a relatively steady flow of coins back into the banking system.

Alas, not much has been as usual in the last few months. The global pandemic and corresponding shutdowns have led to a huge slowdown in economic activity. Consequently, the usual flow of coins from our piggy banks into the banking system has dried up. Of course, the flow from the banking system to our piggy banks also dried up, as retailers did not need to request coins from their banks to make change for non‐​existent customers.

But as the economy reopened, stores quickly exhausted their existing coin inventories, and then turned to their banks for more. The flow of coins out of the banking system picked up, as coins started piling up in our piggy banks once more. But the flow of coins back into the banking system, from our piggy banks, had not yet restarted. Lacking the usual coin deposits from the public, the banks, in turn, requested coins from the Fed, which requested them from the Mint. With the Mint unable to fill the gap with new coins—and, indeed, falling short of its usual production levels—-a shortage resulted.

It is tempting to give the Mint a pass. Few among us expected a pandemic. And, all things considered, it is probably unreasonable to expect the Mint, with its own staff shortages to contend with, to have hit 2019 production levels, let alone accommodate a huge albeit temporary surge in coin demand.

But policy decisions have made the shortage much worse than necessary. For starters, consider the decision to produce such low‐​valued coins. The penny became the lowest denomination U.S. coin in 1857, when the half cent coin was discontinued. Some states and local governments issued smaller denomination mill coins, worth one tenth of a penny. But they were uncommon, and primarily used to pay taxes.

In 1857, a penny purchased what roughly 30 cents will buy today. And the rare mill coin, when it was to be found, was worth nearly three times what a penny is worth today. We did not need such a low‐​valued coin then. We definitely do not need it now.

Pennies have an extremely high weight‐​to‐​value ratio. They tend to pile up longer than other coins. One might occasionally spend six quarters for a coke. Few will take the trouble to count out one hundred fifty pennies.

Pennies are rarely spent. They are accepted as change and—if not left by the till—deposited or exchanged for cash. But even that is not so easy. Many banks limit coin deposits to their customers. The Chase branch in my neighborhood does not accept coins at all; to deposit coins, I have to go to another branch with a coin‐​counting machine. It is inconvenient.

Coinstar is a bit better. But who wants to lug all of those coins to the store? “Next time,” I tell myself. And eventually I do cash them in.

Rounding to the nearest nickel or dime seems much more sensible, though. Sometimes I would pay a bit more; sometimes a bit less. But I would not have to fuss with all those pennies. And neither would banks or retailers.

Given its limited usefulness, the penny is too costly in normal times. The Mint lost 0.99 cents on each penny it sold in 2019. And, yet, it produced more pennies than any other coin in circulation. Nearly 60 percent of all circulating coins minted in 2019 were pennies. In total, the Mint lost $69.7 million dollars making pennies.

With reduced capacity, producing pennies makes even less sense. To the extent possible, the Mint should divert resources from producing pennies to more‐​useful quarters and dimes. It does not appear to have done so. In March, April, and May, the Mint produced nearly 1.4 billion pennies—roughly 54 percent of all circulating coins minted.

The Mint is a government monopoly. But that was not always the case. In his work on the history of coinage, Edgar Holmes Adams describes the establishment of Moffat & Company, a private mint in San Francisco, during the California Gold Rush. And at least fourteen other private mints operated in California between 1849 and 1855, with many more striking coins east of the Appalachian Mountains.

How effective were these private mints? In 1850, the Treasury hired Moffat to mint official American government‐​stamped coins. Then, when the government finally opened the San Francisco mint in 1854, it operated with equipment previously employed by Moffat. Private mints, in other words, were more than capable of minting coins. And they would have continued minting coins had an Act of Congress on June 8, 1864 not made it illegal.

Fed up with the government’s inaction, British firms started minting their own coins. Within a decade a score of private mints struck more coins than the Royal Mint had issued in half a century—and better ones: heavier, more beautiful, and a lot harder to fake. Yet they were also less expensive, since private coiners sold their products at cost plus a modest markup, like other competitive firms, instead of charging the coins’ face value, as governments like to do.

If they operated today, private mints would not produce any old coin, of course. Instead they would only produce what banks (presumably their main clients) and banks’ customers wanted. It is hard to imagine they would produce the penny. They probably would not produce a dollar coin, more than a billion of which currently sit unwanted in government vaults; and, if they did, they would likely make it more distinguishable from a quarter. They might not produce the nickel — which also loses money —either.

So what? The case for producing these costly, cumbersome‐​to‐​use coins is weak. They get minted today because clever lobbyists are good at harnessing nostalgia and advancing junk arguments about rounding. A private coin industry would not be able to waste taxpayer funds for the sake of subsidizing metal miners or pleasing their representatives in Congress. Instead, private mints would produce the kind of coins people actually want to use. And, if history is any guide, they would do so more efficiently than the Mint.

The costs of a coin shortage are probably lower today than in the past. We are fortunate to have many alternative payment options. Nonetheless, we should acknowledge the weaknesses of our current system and make improvements if possible. At a minimum, that means scrapping the penny. More fundamental reforms, like permitting competition in coinage, would be better still.