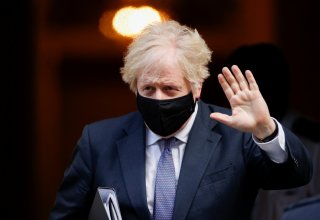 Boris Johnson, UK prime minister, has announced a third national lockdown across England. But, once more, he has been accused of adopting a delayed decision strategy, unveiling tough measures weeks after experts suggested he should. Can psychology help us explain what’s going on?

Here are three possible explanations for why Johnson appears to keep putting off lockdown announcements until the last minute.

When faced with high-stakes choices, we have a tendency to redundantly deliberate. This is called decision inertia. We struggle to decide between equally bad options and fall into the trap of looking for a secret hidden good option. This causes us to continually deliberate over our choices, which is extremely problematic in dynamic, high-risk contexts where our failure to act can cause the situation to escalate out of control.

Johnson was faced with a binary choice: lockdown or continue with current restrictions. Locking down costs the economy, while failing to lockdown costs lives. Dithering, ironically, costs both.

We have an irrational tendency to believe that harm caused due to our inaction is more palatable than harm caused through our actions. Let’s take schools as an example. We know that closing schools will negatively affect children’s education. If Johnson chooses to close schools, he is actively causing that consequence. Keeping schools open will increase the spread of the virus, while growing the inequality between students who have to isolate (or not) and have access to remote learning (or not).

These consequences grow through Johnson’s apparent indecision, but only indirectly. Indecision is preferable to making a high-risk choice as it reduces feeling of culpability.

Once we’ve committed to a course of action, we find it very difficult to deviate from it. This sunk cost fallacy is especially common when we have invested considerable resources into our actions. Even if things are no longer working out as planned, we struggle to change.

Let’s take chancellor Rishi Sunak’s notorious “eat out to help out” scheme in the summer. This was designed to reinvigorate the hospitality sector by offering considerable discounts on meals out across the summer months.

It cost the government £849 million to cover 160 million individual meals, and came to represent a kind of celebration for beating the virus and returning to normality after a difficult first lockdown. Yet initial research on the surging infection rates in September suggested that not only were people celebrating too early, but that “eat out to help out” may have actually increased infection rates.

This surge demanded swift and decisive action to gain control of the virus, but instead Johnson arguably instigated a series of weak, inconsistent and contradictory measures that varied from county to county and seemed disconnected from the science. Why? Because a lot of political and financial capital had gone into the scheme. It takes an expert and confident decision-maker to overcome the sunk-cost fallacy and admit when a new strategy is needed.

A final, perhaps more sinister, possibility is that Johnson knows exactly what he is doing. His political style evokes a unique blend of dishevelled buffoon and privileged Etonian. He is someone who likes to bring good news and doesn’t take life too seriously. Making tough, controversial decisions threatens this persona and so hiding in the shadows until his hand is forced helps him to reconcile his identity threat.

Whether Johnson’s apparent delaying is motivated by a psychological bias or a calculated strategy is something we don’t yet know. One thing we do know is that dithering does not work, and so overcoming any biases that create it is key.