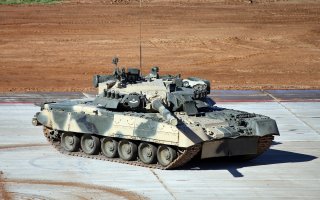 Here's What You Need to Know: The T-80U was the most advanced tank on the Korean Peninsula when it first arrived.