Why Doesn't Japan Have Its Own Aircraft Carriers? 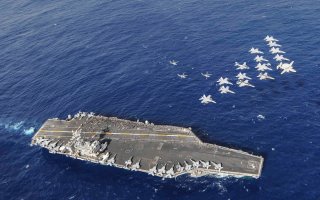 Here's What You Need to Know: Japan is an exceedingly wealthy country with a large, robust, and technologically sophisticated shipbuilding industry.

Japan decided to refit its Izumo-class light carriers to operate the F-35B stealth fighter. So modified, the Izumos will carry about a dozen F-35Bs each, giving the Japanese Maritime Self Defense Force a small but significant aviation combat capability.