Why Europe's Skies Are Full of American B-2 Stealth Bombers 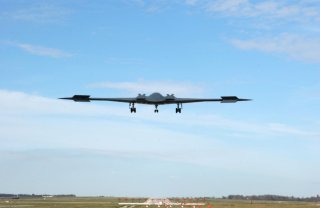 Here's What You Need to Remember: Certainly, in the event of conflict or the emergence of disturbing intelligence information, a B-2 could conduct high altitude, stealthy bombing missions over enemy territory.