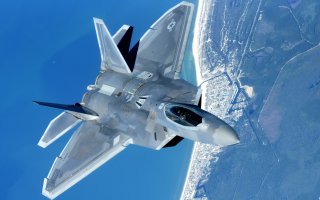 Here's What You Need To Remember: Ultimately, as the U.S. Air Force’s only dedicated fifth-generation air superiority fighter in an increasingly hostile world where the threat grows more challenging every day, it is in the service’s best interest to ensure the Raptor remains as capable as possible.

Why America Needs the F-22 Raptor (Now More Than Ever)

Why The ‘Raptor’ Dominates