Why a Filipino Official Just Flipped Out at Chinese Aggression 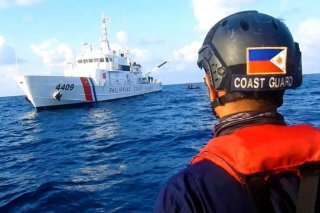 Chinese aggression via its maritime militia continues to fuel tensions in the South China Sea, and the outspoken foreign minister of the Philippines, Teodoro Locsin, has clearly had enough. He took to the internet on Monday, voicing his displeasure in a Tweet with colorful language not often seen from government officials.

Locsin later apologized for the tweet, but also clarified that he was only apologizing to his Chinese Foreign Ministry counterpart, Wang Yi. While he said the circumstances did not warrant losing his temper, Locsin has since persisted about the territorial dispute, albeit with more reserved language. He is far from alone in his strong stance against China’s latest intrusion.

Locsin’s tweet drew the ire of President Rodrigo Duterte, who reportedly admonished the profanity and said cursing is only for the president.

Later on Monday, he said, “China remains to be our benefactor. Just because we have a conflict with China does not mean to say that we have to be rude and disrespectful.”

Duterte, usually not one to mince words himself, was referencing China’s COVID-related aid, which included 600,000 donated doses of a Chinese-made vaccine. With China looming approximately 500 miles northwest of the Philippines, the nation of 110 million has both a security and economic interest in remaining friendly with their neighbor across the oft-disputed South China Sea. Duterte has attempted to walk the political tightrope of maintaining relations with Beijing while standing firm in denouncing China’s intrusions into the Philippines’ Economic Exclusion Zone (EEZ) off the Philippines’ west coast.

Chinese incursion into disputed waters is nothing new for the region. It is just the latest occurrence in China’s frequent use of fishing boats as a proxy naval force to assert themselves all over the South China Sea. In this particular instance beginning in March, Philippine officials took issue with reportedly over 200 vessels that China had in the area of Whitsun Reef in the Spratly Islands, which falls within the Philippines’ EEZ based on the 1982 U.N. Convention on the Law of the Sea (UNCLOS). This was confirmed by arbitration in international court in 2016, but has been completely ignored by China.

Related: Just how big is China’s navy? Bigger than you think…

In addition to the significant presence of ships, the Chinese also appear to be continuing their practice of converting reefs into artificial islands to be used as military bases. Besides being a violation of international law and a security issue for nations with competing claims over the waterway, it is an environmental concern in a region that is already dangerously overfished, as the process destroys the ecosystems that depend on coral reefs.

More recently, the Philippines has protested Chinese ships harassing their coast guard near Scarborough Shoal, another frequently contested chain of reefs about 300 miles north of the Spratly Islands. The Philippine Foreign Ministry accused China’s coast guard of “shadowing, blocking, dangerous maneuvers, and radio challenges of the Philippine coast guard vessels” while they conducted maritime exercises on April 24th and 25th.

Related: What is a FONOP?

Beijing has characterized the Philippine response of conducting these “sovereignty patrols” with their coast guard and air forces as an unnecessary escalation, which prompted Philippine Defense Secretary Delfin Lorenzana to say that Beijing has “no authority or legal basis to prevent us from conducting these exercises.” Manila has also referred to the “swarming and threatening” Chinese presence as a “clear provocative action.”

According to the state-run Philippine News Agency (PNA), Lorenzana said, “We call on the Chinese to stop this incursion and immediately recall these boats violating our maritime rights and encroaching into our sovereign territory.”

While Duterte seems to have the situation under control in the short term, an outraged and vocal element clearly exists within his government. The situation bears watching, and the potential flashpoint adds another facet to the already complex state of affairs for the United States in the Pacific.

“The United States stands with our ally, the Philippines, in the face of the PRC’s maritime militia amassing at Whitsun Reef. We will always stand by our allies and stand up for the rules-based international order,” Secretary of State Antony Blinken tweeted on March 29th.

When asked for comment following Locsin’s outburst, a spokeswoman for the State Department reiterated Blinken’s statement:

“As we have stated before, an armed attack against the Philippine armed forces, public vessels or aircraft in the Pacific, including in the South China Sea, will trigger our obligations under the U.S.-Philippines Mutual Defense Treaty.”