Why the Germans Never Beat This French Tank 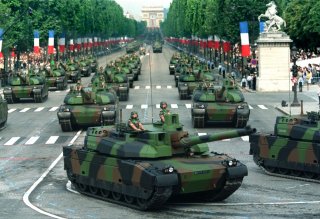 Here’s What You Need to Remember: The B1s were very tough—flat-out invulnerable to the 20-milimeter gun on the Wehrmacht’s most numerous tank, the Panzer II.

Rommel then committed a Panzer regiment to a flanking attack which was countered by a company of B1s—some of which ran out of fuel in the process, forcing them to manually rotate their turrets. Three immobilized B1s were swarmed by a dozen German tanks each, their armor scoured by small-caliber shells until the crews were forced to bail. But the German probe turned back.