Why Has Russia’s Northern Fleet Returned to the Arctic? 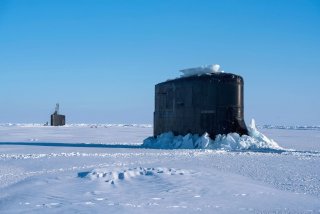 Here's What You Need To Remember: The Northern Sea Route provides commercial ships in the Saint Petersburg area with a greatly expedited form of transit to East Asia through the Bering Sea.

These exercises follow a series of Russian bomber drills conducted earlier this month, which involved Tu-160 and Tu-95MS planes launching cruise missiles during a live-fire session at an Arctic firing range. The Northern Fleet announced that it will be hosting a new wave of drills this autumn, nominally aimed at protecting Russia’s Northern Sea Route. The route provides commercial ships in the Saint Petersburg area with a greatly expedited form of transit to East Asia through the Bering Sea.