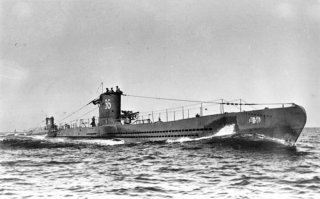 Here's What You Need To Remember: Plan Z was destined for failure. When war began, Germany cancelled or delayed almost all of the major surface construction programs, completing only Bismarck and Tirpitz. The Kriegsmarine decided, almost certainly correctly, than U-boats represented a more effective threat to Allied commerce than squadrons of capital ships.

Even before Germany reached the limitations of the new treaty, Hitler and the senior naval command developed plans for abrogating the agreement.  These construction programs went by a variety of names, but became known in their final form as Plan Z. If fully undertaken, Plan Z would have given Germany a world class navy by the late 1940s.

This would have given Germany ten modern battleships to contest the RN, supplemented four fast, modern, 35,000 ton aircraft carriers. The Germans also planned to construct three “O class” battlecruisers of classic design, faster than the battleships but unable to match them in armor. These ships would have specialized in attacks on enemy cruisers and merchant vessels.

Plan Z would have resulted in a powerful fleet, but not one that could beat the world. In comparison, by the time Plan Z reached completion, the RN would have operated a fast squadron including five King George V class battleships, six Lions (45,000 ton battleships carrying 9 16” guns), HMS Vanguard, and three refurbished World War I battlecruisers.  A slow battleship squadron of between three and seven modernized ships would have supplemented the fast wing.  The RN also projected to have at least seven modern fleet carriers, plus several older reconstructed conversions. RN advantages in cruisers and smaller ships were even more substantial.

The Germans understood this long-term deficiency, exacerbated by German geographic disadvantages. In part because of this, Plan Z still placed a strong value on commerce raiding.  The Panzerschiff would provide a world-wide surface threat to Allied commerce, while squadrons consisting of battleships, aircraft carriers, and battlecruisers would specialize in convoy attack.

Plan Z was destined for failure. When war began, Germany cancelled or delayed almost all of the major surface construction programs, completing only Bismarck and Tirpitz. The Kriegsmarine decided, almost certainly correctly, that U-boats represented a more effective threat to Allied commerce than squadrons of capital ships.  Indeed, had the Nazi government rejected Plan Z entirely in favor of smaller raiders and U-boats, Germany undoubtedly would have been better prepared to wage World War II when it came. And even if Germany had prevailed in World War II, Plan Z would have left the Reich with a battleship heavy, carrier light force that would have matched up poorly with the modern U.S. Navy. Nevertheless, the prospect of German battleships, carriers, and battlecruisers fighting spectacular convoy battles against the RN and the U.S. Navy continues to spark the imagination.

This first appeared in December 2015 and is being reposted due to reader interest.