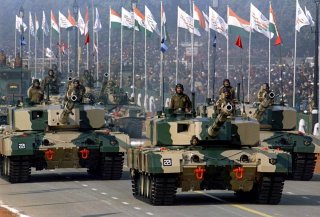 Here's What You Need to Know: The Indian Army was forced to buy 124 Arjuns—enough to equip just two armored regiments—to keep state tank production facilities open. By mid-2015, two years after the purchase was complete, nearly 75 percent of the Arjun force was inoperable.

This article first appeared in 2016 and is being reprinted for readers.