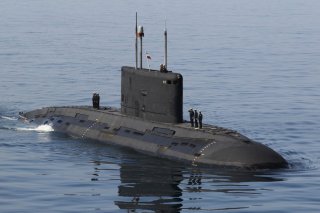 Here's What You Need to Remember: Kilos displace around 2,500 tons when surfaced and are not easy to move by land. Their home port, Bandar Abbas, is thought to be fully equipped for refitting, repairs, and overhauls.