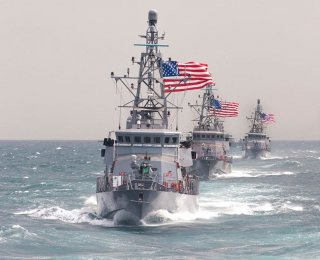 Key Point: These ships help patrol the waters in the Persian Gulf. As a result, they keep an eye on Iran and would be among the first in a fight.

David Axe served as Defense Editor of the National Interest. He is the author of the graphic novels  War Fix, War Is Boring and Machete Squad. This first appeared last year.