Why Iran Wants to Buy S-400 Missiles from Russia 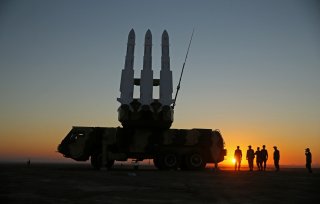 Here's What You Need to Remember: The existence of more S-400s in the region presents additional threat possibilities for Israeli aircraft operating in the region and potentially help fortify paramilitary terrorist groups or other kinds of hybrid-guerilla forces hostile to the U.S. and Israel.