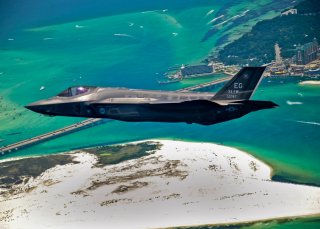 Here's What You Need to Remember: Israel has essentially been allowed to create an “app” that operates on top of Lockheed’s C4 information architecture. This “app” will use data gathered by the F-35 to network with the other “nodes” in their information-gathering network — Israeli F-15s and F-16s that operate on in tandem with Israeli C4 architecture.