Why is Israel So Confident in Its Merkava Tank? 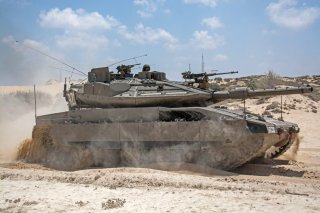 Here's What You Need to Remember: If the Merkava IV offers any lessons to the U.S. military, it should be regarding the importance of fielding effective countermeasures against more advanced anti-tank missiles such as the Kornet, which the U.S. military has so far only encountered in limited numbers.