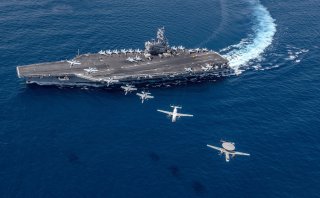 Here's What You Need to Know: The only serious obstacles to Japan’s construction of fleet carriers are political. But political obstacles are still obstacles, and the appearance of Shokaku and Zuikaku would have significant repercussions at home and abroad.

Japan decided to refit its Izumo-class light carriers to operate the F-35B stealth fighter. So modified, the Izumos will carry about a dozen F-35Bs each, giving the Japanese Maritime Self Defense Force a small but significant aviation combat capability.