Why Joe Biden Might Be the Best Gun Salesperson Ever 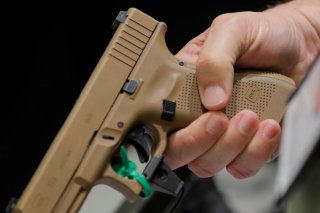 A year into the novel coronavirus pandemic, and following multiple mass shootings, gun sales continued to surge in March, increasing by thirty-six percent over the prior month and twenty-five percent over sales for the same period last year.

According to FBI data, there were nearly 4.7 million background checks conducted, breaking a record high that had been set in January of this year.

Illinois accounted for thirty percent of the sales with more than 1.4 million background checks conducted – even as the state has less than four percent of the population.

Of the top ten days for the most background checks ever conducted, six of those were last month, including the top three days. Gun sales saw a significant increase in the days following the mass shootings in Atlanta, Georgia, and Boulder, Colorado. Five of the top days occurred following those shootings. In addition to the recent violence, a number of factors have driven the sales, including the likely passage of gun control legislation.

Last month, the United States House of Representatives passed two gun control measures that would see an increase on background checks at the federal level, while Democratic leadership in the United States Senate has also pledged to introduce further gun control legislation. One of the bills to pass the House would greatly expand background check requirements on gun sales and transfers.

"It is clear that firearm sales in March were driven by gun control calls from politicians to ban entire classes of firearms and enact onerous gun laws," Mark Oliva, NSSF told CNN Business.

Firearm sales had declined slightly in February following a January surge, which came after the Capitol Hill riot and then following the inauguration of President Joe Biden, who has also called for increased gun control measures including a ban on so-called "assault weapons" such as the AR-15.

However, bad weather – notably in Texas, where much of the state then suffered through and endured multi-day rolling back outs – and extreme cold in the Midwest and Northeast likely contributed to the monthly dip in sales. In fact, January and March of this year have been the only two months in which FBI background checks surpassed four million since records were first kept beginning in 1998.

Even as more Americans are getting vaccinated and Covid-19 restrictions are being relaxed, fears of violence and civil unrest, as well as increased calls for gun control legislation are likely to continue to drive sales. Moreover, as 24/7 Wall Street reported, the number of gun sales has increased most years since 1999 – the first full year that the FBI has kept data on sales.