Why Moscow is So Disappointed in Russia's Tu-22 Bomber 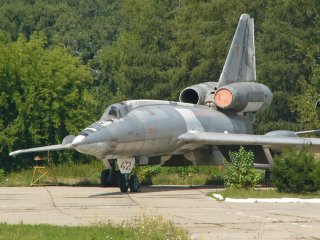 Here's What You Need to Remember: Ultimately the Tu-22 was succeeded by the Tu-22M. The Tu-22M is also supersonic, but is a variable-sweep aircraft that has superior handling characteristics, is more capable, and has friendlier pilot ergonomics. The Tu-22 probably wasn’t missed.