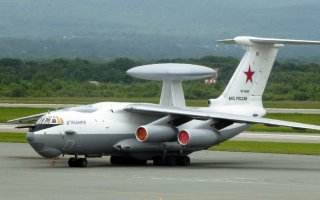 Here's What You Need to Remember: Given the Kremlin’s aggressive arms export strategy over the past decade, it seems exceedingly likely that India is being eyed as a prospective buyer for the A-50U as it moves along in its mass production.