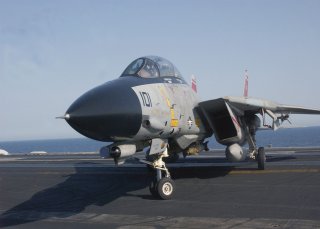 Here's What You Need to Remember: The successor to the Super Hornet could have capabilities that resemble the F-14 Tomcat in terms of speed and range. However, the similarities will likely end there. The Tomcat was an antiquated and unreliable beast in the late 1980s and it simply was not up to par during the 1990s and the early 2000s in terms of its avionics.