Why Nothing Destroys Air Defenses Like Sweden’s Gripen Fighter 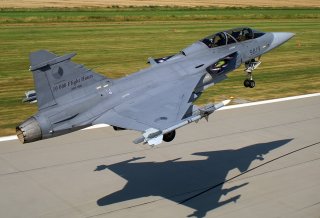 Here's What You Need to Remember: Another interesting aspect of the Gripen offer is the inclusion of dedicated electronic warfare pods in addition to the Gripen’s already supposedly formidable on-board jamming capabilities. This, in Saab’s words, is “probably the most advanced EW suite” carried by a fighter.