Why a Pan-European Aircraft Carrier is a Terrible Idea 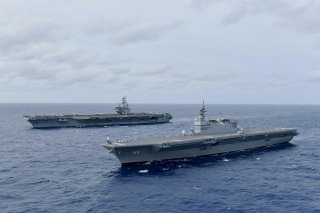 Here's What You Need to Remember: Most European nations don’t routinely send warships to foreign stations, or have tiny navies, or are landlocked and don’t need navies. An aircraft carrier would be of limited value in a conflict with Russia in Eastern or Northern Europe, or the Baltic States.

This article first appeared two years ago and is being reposted due to reader interest.