Why the Pentagon Shouldn't Fixate on "Game-Changing" Technologies 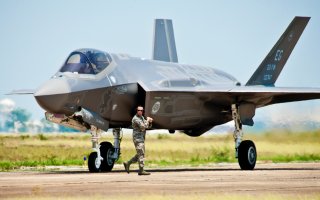 On April 6, 2009, then-Secretary of Defense Robert Gates grabbed the control stick of the U.S. Air Force and plunged it into a nosedive from which it has yet to pull out.  On that "Black Monday," Gates either curtailed or canceled 30 military procurement programs, most notably the F-22 Raptor, the air arm’s signature 5th-generation air superiority fighter.  By capping the F-22 buy at just 187 aircraft, Gates pulled out the keystone to the Air Force's overarching modernization plan. In particular, its approach to preserving supremacy of the skies and projecting American military power throughout the globe.

There was a rationale behind Gates' decision.  To begin with, he was wrestling with the first round of reductions to defense spending plans promulgated by the administration of Barack Obama.  Gates hoped that by volunteering tens of billions of procurement reductions, he could defend the armed forces from further cuts.  More pressing, he was straining to keep his commander-in-chief from premature withdrawal from Iraq and Afghanistan; though, prior to replacing Donald Rumsfeld at the Pentagon, Gates had opposed the Iraq "surge," he had come to believe that the success of the campaign was something to be preserved and completed.  His priority was “to fight the wars we are in and the scenarios we are more likely to face in the years ahead.”  He also believed, and not without reason, that the Air Force senior leadership did not share this priority; it had been slow to embrace the advent of slow, cheap and long-endurance drones to provide air support to small ground units in irregular warfare.  By spring of 2009, he had fired that leadership and replaced it with a crew of more docile personalities.  And finally, Gates thought the prospect of conflict with a rising China or revived Russia was unlikely.

Gates has been proven wrong on every count.  The Obama Administration pocketed Gates’ defense “savings” and, two years later, imposed a further $400 billion in reductions without telling the secretary; he promptly resigned.  And despite entreaties from his senior generals, Obama would fulfill his 2008 presidential campaign promise to withdraw from Iraq; the best way to lose a “war you’re in” is not to be in it.  And, most critically, Gates’ strategic judgment on future threats was profoundly wrong.  As the current national security and defense strategy documents profess, what America “faces in the years ahead” is a “great-power competition” with Russia and, most menacingly, the People’s Republic of China.  And both of these adversaries have bent their minds and wallets toward offsetting the kind of unstoppable American airpower displayed so vividly through the last two decades.

The F-22 decision has had three crippling effects on the Air Force.  First of all, the Raptor is by far the most capable tactical aircraft in the world, today and for decades to come.  The combination of “stealth,” speed, range, and avionics are unmatched; the F-22 was built to penetrate the advanced air defenses that have formed a centerpiece of Russian, Chinese, and indeed all adversary military procurements over the past two decades.  But the F-22's capability is only a fraction of the equation: by terminating the buy at just 187 aircraft, Gates limited the capacity of the Air Force's entire tactical aircraft fleet.  Finally, this has had a distorting effect on the service's overall composition and its ability to conduct and sustain large-scale campaigns.  In great-power competitions, size matters.  Beijing and Moscow, home to regimes meant to take a licking and keep on ticking, will not quickly succumb to precise or pinprick “shock and awe” strikes.

This “capacity problem” is the framework for the debate over whether the Air Force should buy the newest model of the F-15, the F-15EX, or simply buy more F-35s to fill out the fleet.  In many ways, this is, in fact, a "non-debate," since the Air Force, the Department of Defense as a whole, and Congress have already approved the plan to buy this upgraded Eagle, but worries about reduced defense spending and the failure to buy the F-35 in a timely and efficient way have seemed to get the pot boiling again.

There is little doubt about the need to replace the current air defense versions of the F-15, the F-15C and F-15D.  These were built from the late 1970s to the mid-1980s.  There is now a pressing need for the Air Force to overhaul them, at great expense for not much improvement—or to buy replacements.  Indeed, the former's sticker price was greater than the latter, hence the decision to procure new fighters—with the Pentagon and the service choosing to go with the F-15EX.

Much of the criticism aimed at that decision was tied to two arguments: the first, cost, and the second, technology.  On cost, it was said that, as the price per unit of the 5th-generation F-35 has dropped to $80 billion, it was actually cheaper to procure than the 4th-generation F-15EX.  In fact, both planes cost $80 billion, with the earlier price difference based on old figures and not actual contract numbers. Moreover, while the hope is to drive down the cost of operating the F-35 to be nearly equivalent to or less than what the F-15 is today—and the cost has indeed dropped—there is a real limit to what can be done.  The F-35 is an exquisite machine, whose stealth requirements and still-to-come system upgrades are not and will not be cheap.  Broadly speaking, keeping a Ferrari on the street is just more expensive than running around in a Mustang GT.

But still, if the unit price was roughly the same, why go with a plane design dating from the 1970s, and which is not stealthy?  As one commentator archly put it, picking the F-15EX was the equivalent of the Defense Department choosing dial-up internet over a 5G platform.  Of course, the F-15EX is not the same plane as the one that was rolling out of plants in the 1980s.  Indeed, it’s not even the same plane as the F-15 Strike Eagle that the Air Force last procured in 2004. Since then, some $5 billion has gone into upgrading the jet as foreign buyers have paid for the modernization of numerous fight systems, including fly-by-wire controls and the installation of an open mission system (OMS) that will allow further modernization of software, hardware and weapon systems as they become available.  And the fact that it is a two-seat jet holds the potential for the back seat occupant to operate as the in-air flight controller for some future mix of manned and unmanned squadron.  In short, the EX might look like your father's F-15, but it isn't.

There are two other critical but less-discussed matters: the costs of transitioning from the F-15 infrastructure—pilot training, base support, and other such tasks—to a replacement and the cost in time of fielding a fleet of sufficient size.  The Air Force has made a strong case that it will be quicker and cheaper to switch out the current F-15 architecture to a similar aircraft rather than the very different F-35.  And, in fact, the true strategic and operational need is to put the pedal to the metal with both programs to make up for the time squandered since the Gates F-22 decision.

In sum, choosing between the two platforms is not black and white.  Up against China’s or Russia’s own 5th-generation fighters and their advanced air-defense systems, the F-35 is obviously a superior plane with which to go into combat.  One wants, alongside the few F-22s that would be in the air, the F-35 to control the skies in initial encounters.  Hence, the need to keep procuring the F-35 per the Pentagon’s plans is very real.

Again, size matters.  The F-35 loses its stealthy advantage if it is asked to carry weapons externally.  In terms of mission rates and potential weapon loads—including hypersonic weapons—the F-15EX is a sensible complement to the F-35.  In a prolonged, high-end fight with another great power, one needs the capabilities that the F-35 can bring to the fight as well as the F-15EX’s capacity to deliver more weapons on targets.  Moreover, the F-15EX will still be superior to the existing 4th-generation fighters that make up the bulk of the Russian and Chinese air and naval fighter squadrons.  If budgets were no problem, perhaps buying a mother lode of more 5th-generation fighters to replace the 200+ F-15Cs in the Air Force’s inventory would be the answer to both fielding sufficient capacity and capabilities.  But, despite the recurrent dream of reviving F-22 production, that is no longer practicable—the line is stone cold dead and, under any foreseeable budget, beyond revival.

But the issue of tactical air capacity is not going away, and may even get worse, regardless of what happens with the F-15EX.  The Defense Department’s plan for solving its air superiority challenge is the Next Generation Air Dominance (NGAD) program, sometimes also referred to as a 6th-generation aircraft.  At a recent round-table powwow with defense industry journalists and analysts, Air Force procurement czar Will Roper admitted that one of the three NGAD prototypes—each developed by industry teams—was in flight testing and “the results have been amazing.  Records have been broken.”  While Roper’s reveal was a headline-making tidbit, it confirmed an emerging consensus: the technological prowess and rapid digital-design development of NGAD “makes me proud to be an American,” gushed one industry executive.