Why Pilots are Quitting the German Air Force 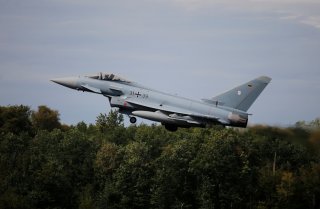 Here's What You Need to Remember: The success of the air forces of America and Israel over the past seventy-five years has rested on well-trained aircrews. Some analysts note that today’s Russian military pilots receive fewer training flight hours than their Western counterparts. Allowing German pilot training standards to lapse will erode a key NATO edge over a potential Russian adversary.

This doesn’t necessarily mean that Germany is stuck with poorly trained pilots. Nonetheless, the success of the air forces of America and Israel over the past seventy-five years has rested on well-trained aircrews. Some analysts note that today’s Russian military pilots receive fewer training flight hours than their Western counterparts. Allowing German pilot training standards to lapse will erode a key NATO edge over a potential Russian adversary.