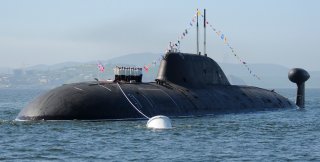 Here's What You Need to Remember: Despite the Akula’s poor readiness rate, they continue to make up the larger part of Russia’s nuclear attack submarine force, and will remain in service into the next decade until production of the succeeding Yasen class truly kicks into gear. Until then, the Akula’s strong acoustic stealth characteristics will continue to make it a formidable challenge for antisubmarine warfare specialists.