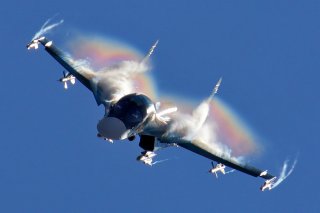 Here's What You Need to Remember: In the end, the T-60S’ well-rounded performance and robust combat capabilities were not worth the risks stemming from its more eccentric construction choices. The Kremlin decided, not without sound reason, that the Su-34 fighter-bomber was a safer bet.