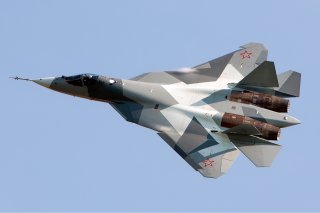 Here's What You Need to Remember: The high cost of the plane, it's unproven technology, and limited Russian productive capacity make it a bad bet compared to the Flanker family, or (for those countries lucky enough to have a Club Membership) the F-35.