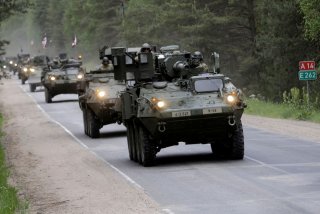 Key Point: Moscow's forces were more powerful and could concentrate higher numbers before the 1970s. But NATO was able to restore some sense of deterrence and balance--something that might once again be slipping.

A 2017 RAND wargame on a potential Russian offensive into the Baltics brought talk of a “new Cold War” into sharp focus. The game made clear that NATO would struggle to prevent Russian forces from occupying the Baltics if it relied on the conventional forces now available.