Why Russia's T-90 Tank Is Getting An Upgrade...We Just Don't Know What 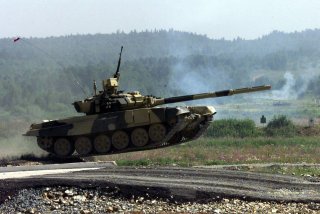 Here's What You Need to Remember: Prior versions of the T-90 have featured the Shtora-1 electro-optical active protection system, but it is not immediately clear exactly how that system is improved on these newer models.