Why Ships Without Sailors May Have an Advantage 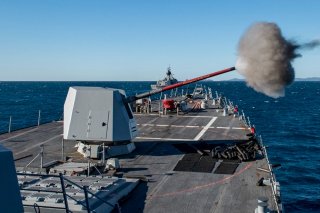 Here's What You Need to Remember: In some ways, Sea Hunter was familiar to anyone who has been aboard a U.S. Navy ship. But Sea Hunter also seemed inhumanly narrow, an 11-foot-wide vessel that seemed like it had been compressed in a vise.

No living quarters, galleys, or lavatories.

NOMARS will proceed along two tracks. The first is straightforward enough: devise a method of evaluating a crewless ship and the maintenance systems needed to operate it. The second track is more interesting: “allow for agile development of relevant subsystem technologies, with a focus on self-adaptive health management for systems relevant to and of similar complexity as that associated with the hull, mechanical, and electrical systems of a seaframe.”