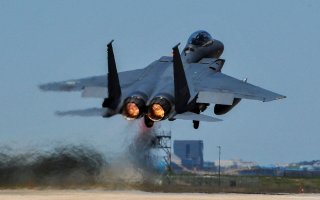 Here's What You Need to Know: The Strike Eagle is a fighter-bomber variant of the F-15 Eagle.