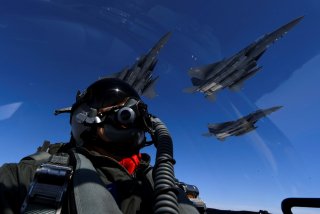 Here's What You Need To Remember: Seoul is also planning to produce 200 home-designed cruise missile to be mounted on its indigenous KF-X jet fighter, when and if that materializes. Until those are ready, the powerful Slam Eagle will remain South Korea’s top jet fighter—and one that plays an especially critical role in that country’s defense.