Why the Supersonic Soviet MiG-25 Interceptor Was a Joke 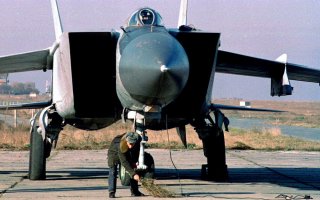 Here's What You Need to Know: The Foxbat's mission disappeared almost as soon as it entered service.