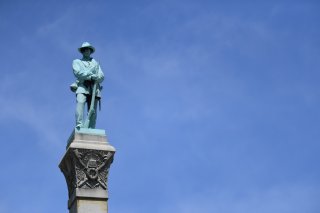 Recently the city of New Orleans removed several Confederate monuments from a prominent, downtown location. The decision to remove these memorials has touched off a debate throughout several other major U.S. cities who have memorials dedicated to the Confederacy. While critics of the removal say the effort erases history, supporters argue that these memorials celebrate racism and memorialize white supremacy.

We are scholars of memory and cultural landscape. Our work shows that challenging Confederate symbols that legitimize white supremacy is certainly the right thing to do because of the historic legacies of racism they represent. However, taking down Confederate symbols cannot just be a feel-good moment or a substitute for the hard work of racial reconciliation and understanding to advance justice.

Monuments and other commemorative sites tell at least two stories, according to sociologist James Loewen. The first is the story of the people and events commemorated by the memorial. The other is a deeper tale of how the monument was created, by whom and for what political purpose.

Memorials, thus, are shaped by a broad range of political, economic and social relationships. For example, the contested Confederate memorials of New Orleans, along with those in many other cities, were dedicated during a Jim Crow era in which whites actively discriminated against African-Americans.

In this respect, the monuments to the Confederacy in New Orleans and many other cities are doubly problematic. They not only publicly honor the Confederacy, but also are a symbol of an era that saw the continuation of institutionalized racism and black disenfranchisement. During the era of segregation white elites employed these statues to take advantage of the racial anxieties of poor whites and to remind civil rights-seeking black communities of who really mattered and belonged (and who did not) in the city.

“Can you look into that young [African-American] girl’s eyes and convince her that Robert E. Lee is there to encourage her? Do you think she will feel inspired and hopeful by that story? Do these monuments help her see a future with limitless potential? Have you ever thought that if her potential is limited, yours and mine are too? We all know the answer to these very simple questions. When you look into this child’s eyes is the moment when the searing truth comes into focus for us. This is the moment when we know what is right and what we must do. We can’t walk away from this truth.”

What Mitch Landrieu recognizes is a fact that many contemporary scholars have known for some time: Memorials can and do exact a painful toll on the sense of belonging and place of African-Americans in the American landscape. Simply taking down the memorials to the Confederacy is not the same as creating a society in which all people – regardless of color, religion, gender or sexuality – are able to live out their limitless potential.

Our own work suggests that “memory work,” the necessary labor of coming to grips with the stories of past traumas like racism and its wounds, is a key component of healing.

Memory work is building the capacity of a community to recover from past injustices. This capacity-building needs to recognize not only those injustices but also how they continue to have an impact on inequality today. Scholar Karen Till argues that it needs to be rooted in activities such as truth commissions, collecting oral histories, museum exhibitions, or public performances and art that help connect a community’s history to contemporary inequality. So, the removal of the Confederate memorials is an important first step, but it cannot end there.

Memory work also means that addressing racial injustices takes sustained heavy lifting. And the removal of Confederate monuments cannot be mistaken for a solution for longstanding racial inequality. To understand, let’s look more closely at New Orleans – which brings together two cities – one white and one black.

The white city is relatively wealthy, while in the African-American city 30 percent of black households are under the poverty line (compared to 4.9 percent of white households). In addition, these disparities have led to gentrification and the disappearing of many black communities. This is changing not only the historic makeup of the city, but also its cultural landscape. As Geographer Clyde Woods notes, the civil rights movement is “unfinished business” in New Orleans. This is true for the rest of United States as well.

Bringing about commemorative reform without beginning this broader work of remembering and recovering from white supremacy runs a great risk of perpetuating the tradition of manipulating memorial symbols for political advantage and expediency.

We suggest that cities such as New Orleans follow the lead of a growing number of cities in organizing a truth and reconciliation commission to examine the material, social and symbolic consequences of the reality of racism and racial inequality.

These commissions would help engage in memory work and the healing of historic wounds – something much-needed today.