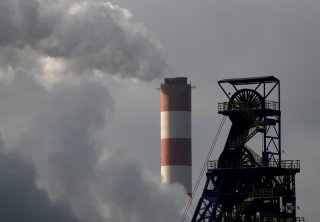 Joe Biden got a big judicial win for his climate agenda just hours before his inauguration as U.S. president. The case involved plans for cutting power plant emissions and a big gamble by the Trump administration.

Nearly a third of the U.S. carbon emissions driving climate change come from electricity generation. To try to cut those emissions, the Obama administration in 2014 issued the Clean Power Plan – a set of rules targeting high-emitting power plants, particularly those burning coal.

The industry sued, and before the Clean Power Plan could go into effect, the Supreme Court suspended it so the legal disputes could be resolved. It was still in limbo in 2019 when Donald Trump’s Environmental Protection Agency formally repealed the Clean Power Plan and issued an extremely weak substitute called the Affordable Clean Energy rule that had far looser limits on pollution.

In issuing its own rule, the Trump administration took a big gamble. Trump’s goal was not only to replace the Obama administration rule but to ensure that no future president could ever adopt anything similar.

Trump’s substitute rule merely required limited retrofits of existing coal fired power plants, whereas Obama’s rule involved moving the power system toward cleaner energy sources. To prevent similar future actions, Trump’s EPA placed all its chips on an argument that EPA had no legal power to do anything beyond the retrofits.

On Jan. 19, 2021, a U.S. appeals court rejected the Trump EPA’s sole legal argument, potentially opening the door for Biden to issue something like Clean Power Plan 2.0.

Getting to the next Clean Power Plan

The appeals court vacated Trump’s rule and sent it back to the EPA to reconsider, with just hours left in the Trump administration.

It’s conceivable but unlikely that one of the other parties to the case can get the U.S. Supreme Court to intervene at this point. When there’s a change in administrations, courts routinely grant a request to hold the case until the government can reconsider its position.

The appeals court acknowledged that the Clean Air Act requires EPA to regulate greenhouse gas emissions. However, the court considered the original Obama plan moot because it had been overtaken by events, so Biden’s EPA will have to start anew in crafting its own approach.

Unless the Supreme Court jumps in, the ruling means his administration can use an approach similar to Obama’s, involving greater use of renewable power sources, shifting from coal power to natural gas, using biomass and other alternatives.

The process is complicated. The Biden administration will have to set requirements for how much each state has to cut power plant emissions. Then it would have to review states’ plans for achieving the limits. The result could be major reductions in U.S. greenhouse gas emissions. The administration will have some help. Biden’s leadership team includes Obama EPA Administrator Gina McCarthy, who oversaw development of the Clean Power Plan.

The biggest unknown is how a conservative 6-3 Supreme Court might rule on a future Biden plan.

As a law professor who has worked on energy issues for years, I believe it would be unwise for the Biden EPA to put all its bets on using this one tool for reducing emissions, given the risk that the Supreme Court could reject it. There are other tools. Still, the ruling opens up possibilities.

‘A series of tortured misreadings’

Both the Trump and Obama rules relied on section 111(d) of the Clean Air Act, which gives the EPA authority to regulate emissions from stationary sources, such as power plants.

However, the Trump EPA reinterpreted the law as allowing EPA to consider only a narrow category of regulations. It argued that it could only require coal-fired power plants to engage in very limited retrofits. The practical effect was to eliminate any meaningful reductions in carbon emissions.

“The EPA has ample discretion in carrying out its mandate. But it may not shirk its responsibility by imagining new limitations that the plain language of the statute does not clearly require,” the majority wrote in a 2-1 opinion. They described the EPA’s actions as “a tortured series of misreadings.”

The dissenting judge did not contest this point. Instead, he claimed that even the Trump EPA’s token regulations of emissions from coal plants went too far. The majority had little trouble rebutting his arguments, which even the Trump administration had rejected.

The upshot of the court’s ruling was that the Clean Air Act does allow EPA to use a broad range of tools to cut carbon emissions.

Trump’s ACE rule was typical of many of his rollbacks, in that it swung for the fences. It is not the only time where Trump agencies reread statutes in a way designed to minimize regulation of industry. In other situations, the administration took other kinds of legal risks in pursuit of the outcomes it wanted: ignoring criticisms made in the public notice period rather than rebutting them, cherry-picking evidence in obvious ways, or even trying to evade public notice altogether.