Why an Undiscovered Planet in Our Solar System Is Unlikely 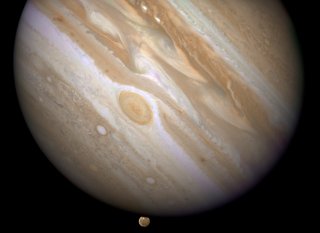 Planet Nine is a theoretical, undiscovered giant planet in the mysterious far reaches of our solar system.

The presence of Planet Nine has been hypothesized to explain everything from the tilt of the sun’s spin axis to the apparent clustering in the orbits of small, icy asteroids beyond Neptune.

But does Planet Nine actually exist?

Discoveries at the edge of our solar system

The Kuiper Belt is a collection of small, icy bodies that orbit the sun beyond Neptune, at distances larger than 30 AU (one astronomical unit or AU is the distance between the Earth and the sun). These Kuiper Belt objects (KBOs) range in size from large boulders to 2,000 km across. KBOs are leftover small bits of planetary material that were never incorporated into planets, similar to the asteroid belt.

The discoveries from the most successful Kuiper Belt survey to date, the Outer Solar System Origins Survey (OSSOS), suggest a sneakier explanation for the orbits we see. Many of these KBOs have been discovered to have very elliptical and tilted orbits, like Pluto.

Mathematical calculations and detailed computer simulations have shown that the orbits we see in the Kuiper Belt can only have been created if Neptune originally formed a few AU closer to the sun, and migrated outward to its present orbit. Neptune’s migration explains the pervasiveness of highly elliptical orbits in the Kuiper Belt, and can explain all the KBO orbits we’ve observed, except for a handful of KBOs on extreme orbits that always stay at least 10 AU beyond Neptune.

These extreme orbits have provided the strongest evidence for Planet Nine. The first few that were discovered were all confined to one quadrant of the solar system. Astronomers expect to observe orbits at all different orientations, unless there is an outside force confining them. Finding several extreme KBOs on orbits pointed in the same direction was a hint that something was going on. Two separate groups of researchers calculated that only a large, very distant planet could keep all the orbits confined to part of the solar system, and the theory of Planet Nine was born.

Planet Nine is theorized to be five to 10 times as massive as Earth, with an orbit ranging between 300-700 AU. There have been several published predictions for its location in the solar system, but none of the search teams have yet discovered it. After more than four years of searching, there is still only indirect evidence in favour of Planet Nine.

The search for KBOs

Searching for KBOs requires careful planning, precise calculations and meticulous followup. I am part of the OSSOS, a collaboration of 40 astronomers from eight countries. We used the Canada-France-Hawaii Telescope over five years to discover and track more than 800 new KBOs, nearly doubling the number of known KBOs with well-measured orbits. The KBOs discovered by OSSOS range in size from a few kilometres to over 100 km, and range in discovery distance from a few AU to over 100 AU, with the majority at 40-42 AU in the main Kuiper Belt.

KBOs do not emit their own light: these small, icy bodies only reflect light from the sun. Thus, the biases against detection at larger distances are extreme: if you move a KBO 10 times farther away, it will become 10,000 times fainter. And because of the laws of physics, KBOs on elliptical orbits will spend most of their time at the most distant parts of their orbits. So, while it is easy to find KBOs on elliptical orbits when they are close to the sun and bright, these KBOs spend most time being much fainter and harder to detect.

This means that the KBOs on elliptical orbits are particularly hard to discover, especially the extreme ones that always stay relatively far from the sun. Only a few of these have been found to date and, with current telescopes, we can only discover them when they are near pericentre — the closest point to the sun in their orbit.

This leads to another observation bias that has historically been ignored by many KBO surveys: KBOs in each part of the solar system can only be discovered at certain times of year. Ground-based telescopes are additionally limited by seasonal weather, with discoveries less likely to happen during when cloudy, rainy or windy conditions are more frequent. Discoveries of KBOs are also much less likely near the plane of the Milky Way galaxy, where countless stars make it difficult to find the faint, icy wanderers in telescopic images.

What makes OSSOS unique is that we are very public about these biases in discoveries. And because we understand our biases so well, we can use computer simulations to reconstruct the true shape of the Kuiper Belt after removing these biases.

OSSOS discovered a handful of new extreme KBOs, half of which are outside the confined region, and are statistically consistent with a uniform distribution. A new study (currently in review) corroborates the non-clustered discoveries of OSSOS. A team of astronomers using data from the Dark Energy Survey (DES) found over 300 new KBOs with no clustering of orbits. So now two independent surveys — both of which carefully tracked and reported their observational biases in discovering independent sets of extreme KBOs — have found no evidence for clustered orbits.

All of the extreme KBOs that had been discovered prior to OSSOS and DES were from surveys that did not fully report their directional biases. So we do not know if all these KBOs were discovered in the same quadrant of the solar system because they are actually confined, or because no surveys searched deep enough in the other quadrants. We performed additional simulations that showed that if observations are made only in one season from one telescope, extreme KBOs will naturally only be discovered in one quadrant of the solar system.

Further testing the Planet Nine theory, we looked in detail at the orbits of all known “extreme” KBOs and found that all but the two highest pericentre KBOs can be explained by known physical effects. These two KBOs are outliers, but our previous detailed computer simulations of the Kuiper Belt, which included gravitational effects from Planet Nine, produced a set of “extreme” KBOs with pericentres smoothly ranging from 40 to over 100 AU.

These simulations predict that there should be many KBOs with pericentres as large as the two outliers, but also many KBOs with smaller pericentres, which should be much easier to detect. Why don’t the orbit discoveries match the predictions? The answer may be that the Planet Nine theory does not hold up to detailed observations.

Our observations with a careful survey have discovered KBOs that are not confined by Planet Nine, and our simulations show that the Kuiper Belt should contain different orbits than we observe if Planet Nine exists. Other theories must be invoked to explain the high-pericentre extreme KBOs, but there is no lack of proposed theories in the scientific literature.

Many beautiful and surprising objects remain to be discovered in the mysterious outer solar system, but I don’t believe that Planet Nine is one of them.

Samantha Lawler is an Assistant Professor of Astronomy at the University of Regina.