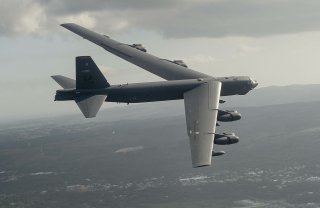 Here's What You Need to Know: Currently, the United States has a large military presence on Guam, including a brand-new Marine Corps base named Camp Blaz. Blaz is the first new USMC base in nearly seventy-five years, and a place that 5,000 Marines will eventually call home.

Previously, the Department of Defense had signed a $21.9 million, forty-year lease with the Commonwealth of Northern Mariana Islands government. The 2019 construction deal’s goal was airport infrastructure modernization, including running a fuel pipeline from the seaport to the airport, and expanding Tinian’s airstrip to allow for more and heavier aircraft to land with the intention of facilitating smoother aerial tanker refueling.

Commonwealth of the Northern Mariana Islands

The CNMI, more commonly known as the Mariana Islands, form the westernmost point of United States territory. As such, the group of islands jut outward into the Pacific nearly 4,000 miles west of Hawaii.

Currently, the United States has a large military presence on Guam, (geographically part of the Mariana Islands, but administratively separate), including a brand-new Marine Corps base named Camp Blaz. Blaz is the first new USMC base in nearly seventy-five years, and a place that 5,000 Marines will eventually call home.

Andersen Air Force base, also located on Guam, is one of the most important air bases in the western Pacific, and is also the only base west of Hawaii that is capable of servicing the United States’ strategic bomber platforms: the B-1 Lancer, B-2, and B-52. Naval Base Guam is the naval component of the Joint Region Marianas, the region’s management authority.

Located about 120 miles northeast of Guam, Tinian is well-positioned as a divert airfield. In that secondary capacity, Tinian’s expanded facilities could be used in the event that support infrastructure on Guam is not available, due to a natural disaster—or war.

A 2016 article published by Stars and Stripes, an American military newspaper, quoted the then Chief of Staff of the Air Force, who stated that “The divert initiative in CNMI will create the only divert airfield in the Western Pacific and provide the U.S. Air Force the capability to conduct either temporary or sustained refueling operations from an additional location in the region… It will also give us another location to use when supporting contingency or natural disaster responses in the region.”

Exactly when the expanded Tinian airstrip and infrastructure will be finished is unclear, though one thing is sure: the United States is rapidly expanding its Pacific presence at a time when tensions with China are rising. And in the event of a conflict, Guam and Tinian could likely form the tip of the American military spear.