Why the U.S. Army is Prioritizing the Precision Strike Missile 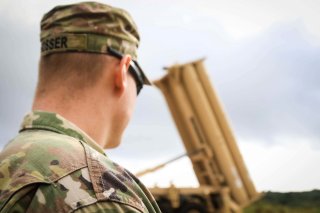 Here's What You Need to Know: The Lockheed Martin-built PrSM weapon is now entering the Engineering Manufacturing and Development phase with the Army, a step that quickly brings the nascent technological promise of the weapon much closer to production.

There is often discussion about the specific technological merits of innovative weapons systems and what they mean in terms of lethality, range, explosive impact and guidance. All of these factors continue to prove crucial in unanticipated ways when applied to new weapons systems. Yet there is an often unrecognized element to these kinds of breakthrough developments.  What might this new technology mean when it comes to future maneuver formations necessary for land war years from now? How might new technologies reshape tactics?

These are questions now being taken up in great detail by Army Futures Command, an entity that is looking at new technologies and exploring how they will impact future concepts of Combined Arms Maneuver. This is particularly true regarding the Army’s fast-developing Precision Strike Missile (PrSM). The missile will double the attack distance as well as add new guidance systems and hardening technologies, all of which introduce new tactics for commanders to consider. The Lockheed Martin-built PrSM weapon is now entering the Engineering Manufacturing and Development phase with the Army, a step that quickly brings the nascent technological promise of the weapon much closer to production, operational status, deployment and war.

“The current missiles can go about 350km and this will go beyond 500km eventually. We are almost doubling the range with existing launchers so we are not having to invest in new launchers. We can now put two missiles in the launcher as opposed to what we can do now which is one,” Gen. John Murray, the commander of Army Futures Command, told the National Interest last year. PrSM draws upon GPS and inertial measurement unit technology. However, it would certainly not be surprising if the Army were looking at both hardening its guidance networks and also exploring non-GPS, less-jammable targeting technologies. PrSM will bring much longer range and increased precision compared with the missile it is replacing, the Army Tactical Missile System.

A weapon of this kind of range and precision opens up an entirely new sphere of tactical possibilities for commanders interested in attacking enemy air defenses, troop installations or armored vehicle formations from twice the stand-off distance and even more precision.

Brig Gen. John Rafferty, the director of the Army's Long Range Precision Fires Cross-Functional Team, says longer-range offensive weapons such as this are leading the service to redefine its approach to modern Combined Arms Maneuver.

“Long-range fires can suppress and neutralize enemy integrated air defenses and enable combined arms maneuver,” Rafferty told the National Interest earlier this year. “Combined Arms allows us to close with and destroy an enemy. It requires armor, infantry and combat aviation to work together in a synchronized fashion. If we lose this synchronization we are far less lethal. If an enemy has range, he can separate the combined arms team. Our adversaries have watched us and learned how we fight. They have invested in areas to offset our advantage.”

Looking at it from a cross-domain perspective, there do appear to be some interesting synergies regarding the prospect of improved targeting and precision guidance for the PrSM. The Navy Tomahawk, a long-range cruise missile, is now capable of changing course in flight to hit moving targets at sea. A Tomahawk missile can travel as far as nine hundred miles and, using a two-way datalink, adjust course and change targets, loiter over enemy areas and even receive real-time targeting updates with high-throughput radio and software upgrades.