Why U.S. Cargo Planes Will Get Laser Weapons Before Fighter Jets 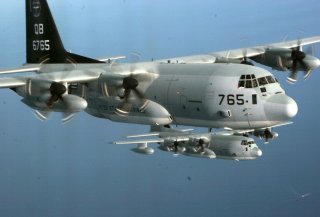 Here's What You Need to Remember: As a step toward this eventual goal, the Air Force plans to first arm cargo planes with laser weapons because they are better able to accommodate transportable power. The form factors have not miniaturized enough to the point where strong enough lasers can fire from fighter jets, as the power systems need to be mobile and lightweight yet very strong.