Why the U.S. Marine Corps Is Hunting Enemy Submarines 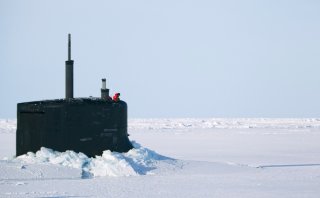 Here’s What You Need to Remember: The Marine Corps has undergone a huge amount of change in recent years: from divesting all of their tank battalions, to fielding a new Amphibious Combat Vehicle, and now to anti-submarine warfare.

The strategy revolves around EABs, or Expeditionary Advanced Bases, small, low-cost bases in far-flung remote locations at sea. EABs would be manned by Marines and could conduct a wide variety of missions, from aircraft refueling to anti-surface ship and anti-aircraft warfare. EABs could even be manned by remote-control trucks armed with anti-ship missiles.

U.S. ASW capabilities in the air, on the surface, and under the sea rely on a brittle layer of logistical support. As Chinese and Russian undersea warfare capabilities continue to improve, logistics and other supporting operations for U.S. ASW forces will grow in importance. Integrating cross-domain ASW operations into the Marine Corps’ expeditionary advanced base operations (EABO) concept could enable the joint force to sustain or widen its advantage in ASW. Conducted across the spectrum of conflict, theater-level ASW is a campaign of sustained actions over time for undersea advantage. By offering forward logistics and support, as well as sensor and strike capabilities, Marine expeditionary advanced bases (EABs) could make a significant contribution to undersea warfare campaigns, including holding Chinese and Russian submarines at risk.

But, rather than taking over a job that the Navy does “really, really well,” Gen. Berger asked how “do you add to it [ASW]?” One way in which the Corps could augment the Navy’s not inconsiderable ASW capabilities is by taking the shots for American submarines when possible. Though American submarines are among the quietest in the world, shooting torpedoes is loud, and submarines run the risk of giving away their position when firing.

So, “we’re going to have Marines out there sinking ships. I’ve even talked to our undersea guys about Marines out there sinking submarines, so some of our inside forces can stay hidden,” Gen. Berger explained. “Let our adversary worry about me and my hundred guys running around crazy on some island instead of these capital assets that are really the heart and soul of the joint force.” Torpedo-toting Marines would essentially help to preserve the Navy’s underwater advantage.

The Marine Corps has undergone a huge amount of change in recent years: from divesting all of their tank battalions, to fielding a new Amphibious Combat Vehicle, and now to anti-submarine warfare.

Acknowledging the stranger-than-fiction nature of Marines hunting down submarines, Gen. Berger said that he is “pushing folks to think wider, to elevate, to think in a non-conventional, non-traditional way. I’m not asking them to go into science fiction, but this is reasonable – move beyond, in other words, the traditional comfort level.”

This article was previously published and is being reprinted due to reader interest.