Why the U.S. Navy Should Never Underestimate Iran’s Submarines 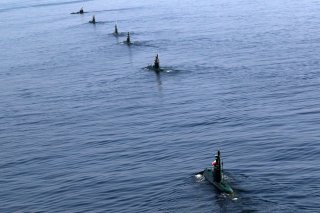 Here's What You Need To Remember: Past experience demonstrates that Tehran routinely exaggerates and obfuscates the scale of its defense projects, and the timeline in which they will be completed. Nonetheless, the submarine Fateh is tangibly real and looks like it could usefully expand the medium-range capabilities of the Iranian submarine fleet.