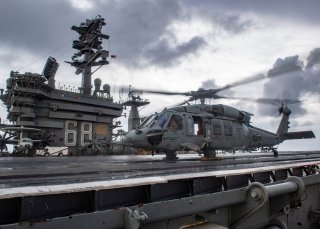 Here's What You Need to Remember: These skeptics are missing the big policy point: America's aircraft carriers are no longer intended for use in naval warfare. They're designed to give the President the power to take control of a substantial chunk of the surface of the Earth and put it to use in the national interest of the United States, or at least deny its use to anyone else. Whether or not that ability is worth the price is open to question. But no other policy tool can do the work more flexibly, or more effectively.

Salvatore Babones is the author of The New Authoritarianism: Trump, Populism, and the Tyranny of Experts. This piece was originally featured in September 2019 and is being republished due to reader interest.