Why Voting in Prison Should be Mandatory 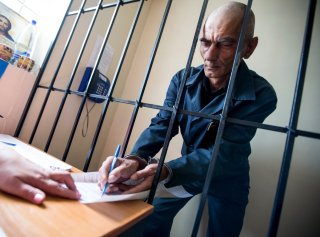 If elections in the UK go ahead in May some incarcerated British citizens will have the right to vote for the first time. Scotland has passed legislation enfranchising prisoners with sentences of less than 12 months. Wales looks set to follow suit, with plans to allow prisoners serving less than four years to vote. These moves are a break from what has until now been a blanket ban on prisoner voting in the UK – a policy which has been criticised as contrary to human rights and proved a touchstone issue in the early years of the Brexit debate.

These are steps in the right direction, but worldwide, about a quarter of democratic countries disenfranchise at least some of their prisoners. In the US, 48 states and the district of Columbia ban prisoners from voting. In Europe, all but nine countries impose at least some restrictions on offenders’ suffrage in or after prison.

Far from banning prisoners from voting or making it difficult for them to vote, we think democratic governments should legally oblige felons to vote and call them to account if they don’t.

Advocates of felon disenfranchisement sometimes argue that depriving felons of their right to vote allows democracies to affirm the importance of basic values, like equality and trust. If you decide not to live by society’s rules, they argue, you forfeit the right to have a say in how society is run. We disagree. When governments strip felons of their right to vote, they practice the opposite of what they preach. They tell felons that they are second-class citizens, that they can’t be trusted to contribute to our collective decisions and that “honest citizens” are better than them.

The right to vote is fundamental to democracy. It should not be seen as a favour or a privilege that depends on other people’s goodwill. Other citizens or unelected judges shouldn’t be in a position to deprive us of such rights; this makes all our voting rights more fragile.

When people violate the values we hold dear by committing crimes, democracies should double down. Whereas criminal disenfranchisement communicates to felons that they are second-class citizens, compulsory criminal voting reinforces the idea that democratic rights are an important responsibility. If we think criminals see themselves as above the law, compulsory criminal voting sends a strong message that felons are fellow citizens, that we are all in this together, whether we like it or not.

Compulsory prisoner voting might play a civic role as well. Felons disproportionately come from disadvantaged socio-economic groups. People from poorer backgrounds are less likely to vote and those who have been arrested, tried and punished are even less likely to do so. Compulsory criminal voting can therefore help habituate otherwise marginalised and excluded citizens to exercise their democratic rights.

Our proposal for compulsory criminal voting is not entirely without precedent. Up until 2017, in Ohio in the United States, judge Cassandra Collier-Williams used to order some defendants to either turn out to vote or face jail time. Collier-Williams put an end to her compulsory voting orders following concern that her practice violated the first amendment rights to freedom of speech.

But there is nothing antidemocratic about compulsory criminal voting, as long as felons are not obliged to vote one way or the other. Even if required to vote, felons would still retain their freedom to spoil their ballot or vote blank. Forcing felons to cast valid votes would be a violation of their freedom of speech – and would amount to electoral fraud, too. Compulsory voting is better understood as compulsory turnout – what actually happens in the voting booth is nobody else’s business.

Another worry is that compulsory criminal voting would have an unfair partisan effect. For example, when felons and ex-felons in the US are allowed to vote, they tend to support Democratic candidates. Marty Connors, former chairman of the Alabama Republican Party, even went so far as saying that the reason Republicans don’t support the right to vote for ex-felons is that “felons don’t tend to vote Republican”. Perhaps compulsory felon voting penalises some parties.

This criticism is unconvincing and only works by twisting the baseline. The baseline regarding the right to vote in a democracy should be “one person one vote”. Exceptions to this – and the potentially partisan effects of those exceptions – need to be justified, not the other way around. The right frame is not wondering if prisoner voting unfairly benefits, say, the Democratic party, but whether prisoner disenfranchisement unfairly benefits the Republican party.

The fear of certain disadvantaged groups heading to the polls should tell us something about the legitimate complaints these groups have. Such complaints should be heard. If that fear also drives conservatives to head to the polls in greater numbers, that’s just a cherry on top in terms of democratic participation.

For too long, democratic politics has been tainted by policies designed to suppress voter turnout. It’s now time for electoral policies that express the value of democracy and curtail voter suppression. When it comes to felons, compulsory voting could contribute to doing both.