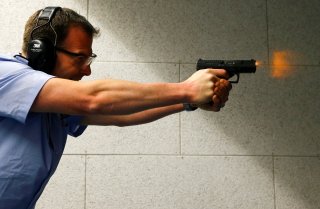 Here's What You Need to Remember: This gun does have quite a bit of recoil for a pistol, which can be a problem because of grip issues.

This article was first published earlier in 2021 and is being reposted due to reader interest.