Why the World Stopped Sleeping on the Swedish Gripen Fighter 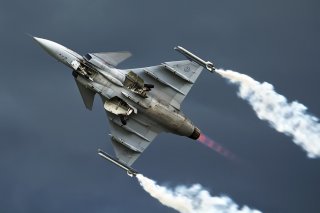 Here's What You Need to Remember: Unfortunately for Saab, the Gripen didn’t actually fly and proper “verification flights” (though the GlobalEye aircraft were able to) in its time in Finland, leading to snarky media commentary that the Gripen couldn’t fly in the snow. This is, of course, not true