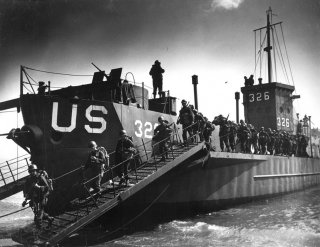 Here's What You Need to Remember: Tens of thousands of troops storming ashore under heavy enemy fire? If you want to see that, watch Saving Private Ryan.

This article first appeared at War is Boring.