Will China Build an Electromagnetic Railgun Before the U.S. Navy? 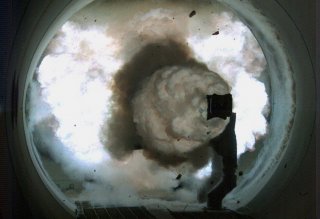 Here's What You Need to Remember: While the U.S. Navy has spent more than a decade pursuing this technology and now seems to have put it on the backburner – even if that will still cost an additional $9 million for fiscal year 2021 – the Chinese have been continuing to move forward.